Today is supposed to be the final section of the drive down south. We left the vineyard we had being staying at fairly early to another cloudy and slightly chilly start. Although I was happy to have a cooler day to drive as it meant we could go a bit quicker. Checking the sat nav it said it would be a 4.5hr drive off the tolls (which we have avoided so far) or a 2.5hr drive on them. Feeling like we had wasted time by being stuck in Marsilly, we decided to go quicker and expensive. In the end, the extra two hours petrol would have probably cost us the 25 euros that we paid on the tolls. Especially at the prices here, it’s around 1.45£/l.

We had a look at French Passion, and decided on Ferme de Salset at the foothills of the Pyrenees. So as we left early we arrived there around 2pm, hung out the washing and then realiesd there was literally nothing to do in the area….

So we let the washing dry and we left. I felt kinda bad as they had been quite welcoming moving cars around to let us in and so on, but at the same time we were just chilling in a strangers garden while they went about there day to day lives around us and it was a little weird. We decided to head into the mountains for a walk Lee had found so that we could be there at the start in the morning. It was around 1.5hr drive, over two mountain passes to get there.

So off we went with the mountains soon coming into view. 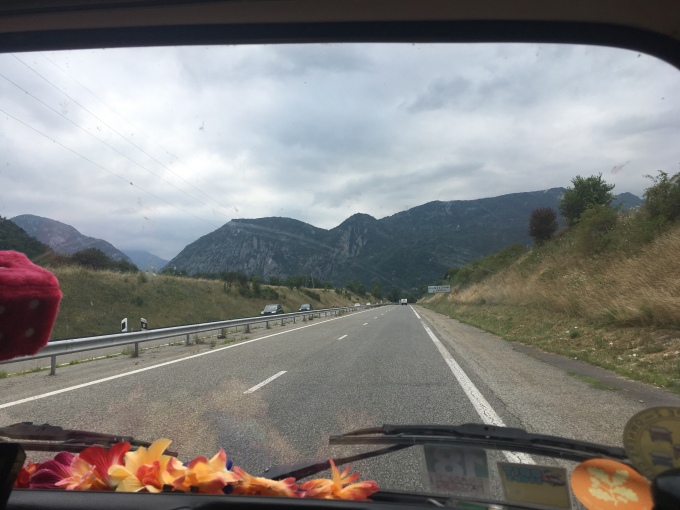 We went through a pretty large tunnel, which makes the van sound like a monster and soon started to climb. The clouds had come in so it was a bit cooler, but we were still asking a lot to climb up around 1500m in our van. Still she made the first ridge, no problems. 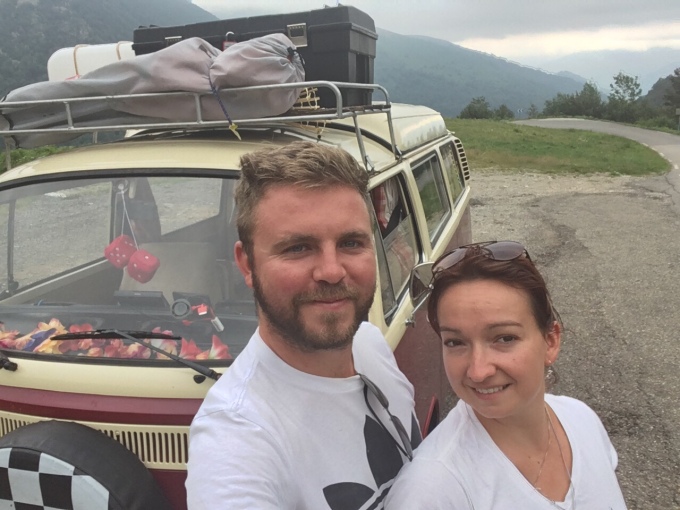 Then we were really in the cloud. Making it hard to see where we were going at all.

The cows did not care for our predicament. 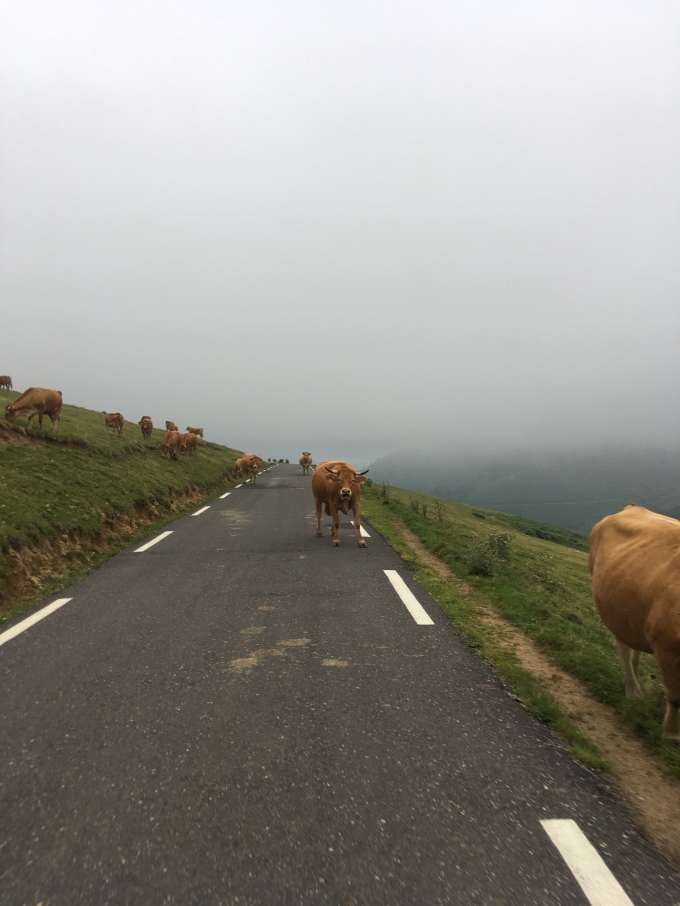 And the we had a slightly hairy moment when the brakes appeared to stop working into the final descent into our destination Aulus les Bains. Lee casually turned to me and said that the brakes had stopped working as we continued to pick up speed down the mountain. So we went into shifting down the gears, handbrake maxed out, driving off the road into lay-by with a bank in order to stop. Turns out the main engine fuse had also blown…

We waited around 15 minutes for the brakes to cool down, thinking they had overheated, while fending off gigantic mosquitoes. The hubcaps were so hot I could barely touch them and we could smell the brake pads burning! We were only 2 minutes from our final journey so we rolled very slowly down the hill until we found our stop.

There were around 5 other campers in the car park but it was very convienently at the start of tomorrows walk so so we didn’t mind. We took a walk into the village to hunt for showers. It’s a beautiful little place, that feels more like a German/Swiss village than French to me with a crystal clear river flowing through the centre. 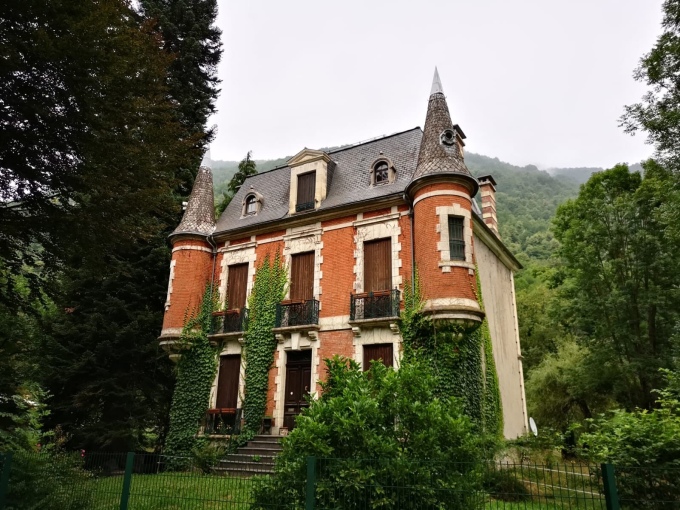 Having blagged free showers at the campsite, we returned to the van for some gnocchi based cheesy mush and an early night.