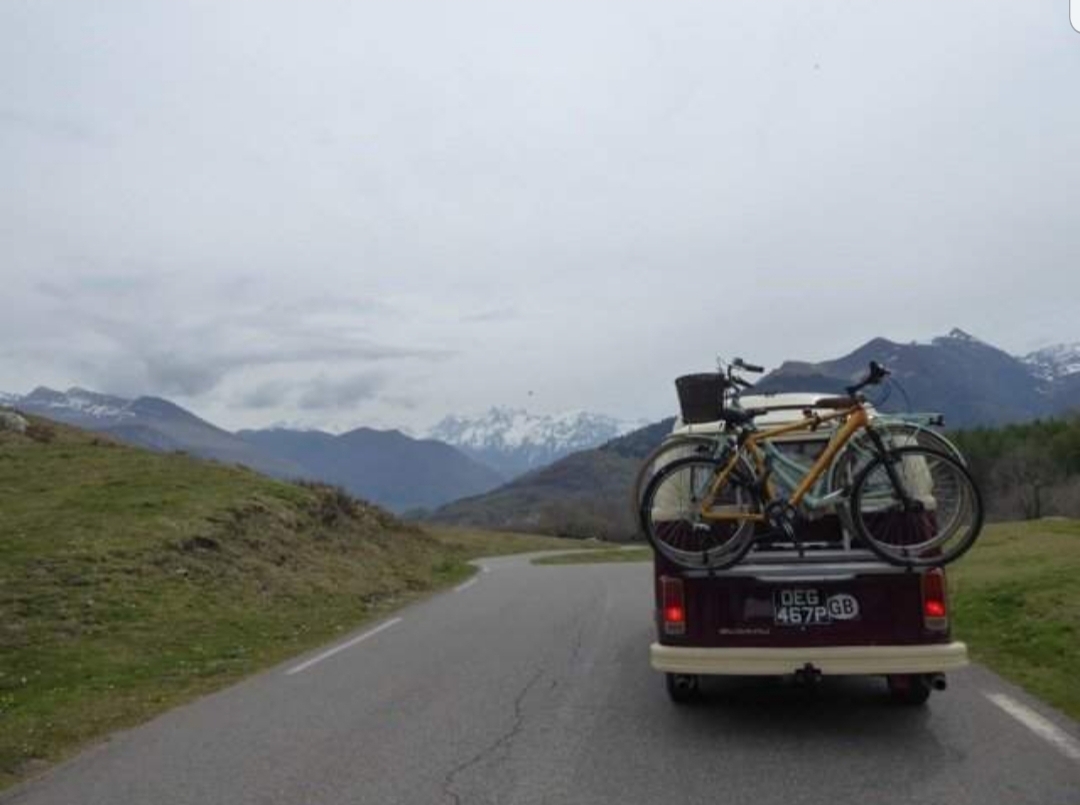 Sleep report… A fairly decent night sleep. Not as great as night two, but that will be hard to beat in a while. This trip is the polar opposite of our previous attempt. No breakdowns, and no nightly disturbances. We are only half way through though, so I am still paranoid.We had planned to attempt another walk from the hiking app, but it was almost forty minutes in the wrong direction. Willow’s parents had decided to drive off to find places to wash and clean clothes, so we were left with a decision to make. Drive in completely the wrong direction to try and attempt another killer walk described has hard or make do with something else. As it happened, we were parked right at the start of a moderate walk, which meant we would have to do zero driving.We left Ruby where she was and set off.

This walk started with a slight incline, but nothing as psychotic as our previous walk, which meant that for the first five minutes we were breathing quite heavily, desperately trying to greet the French walkers passing us on their way down from the peak. I am sure they were quite horrified at my wheezing attempts at bonjour in a deep Brummie accent.The walk offered fantastic views of the mountains surrounding the valley we had been spending the past couple of days in.

After a walk though a bit of woodland, we were met with further views of the other side of the valley.

After about ten minutes, the walk split into a circular path. We chose to take the longer route first, so we had a shorter route back.The route opened up into a field which then involved more elevation. This was a walk in a field compared to yesterday though, and my legs and lungs were far happier with our life choices this time. 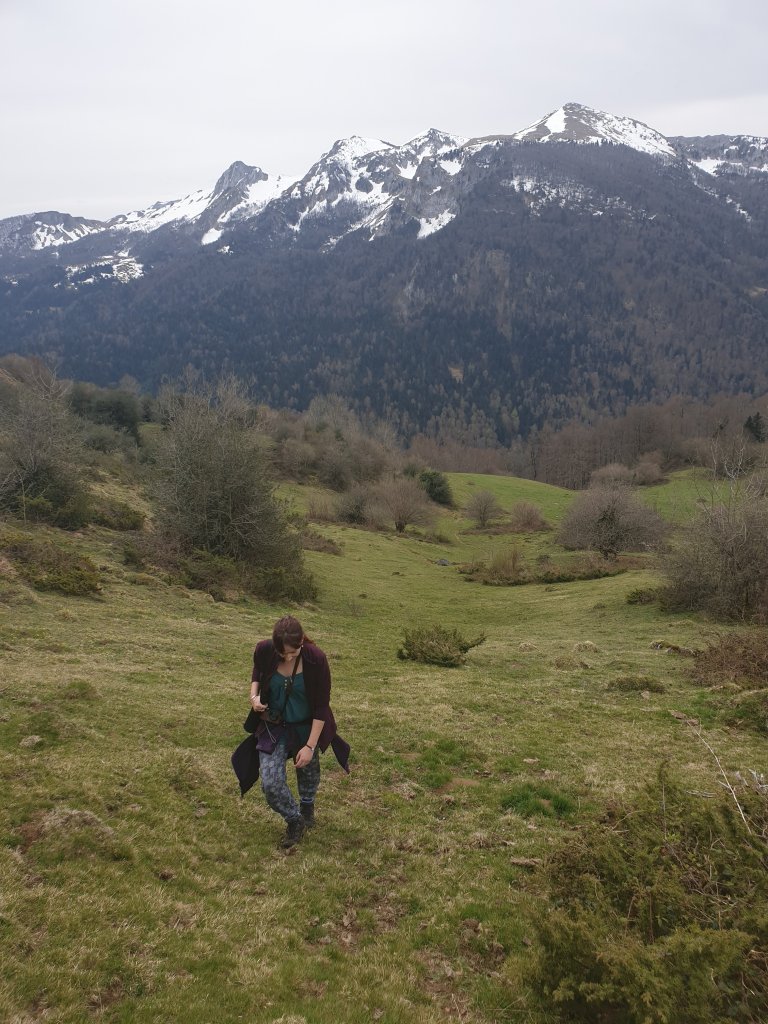 The best part about being in the South of France in April, rather than Scotland, is the wild flowers on offer. Willow’s blog will probably talk more about this than me, as to me they all look fairly similar. 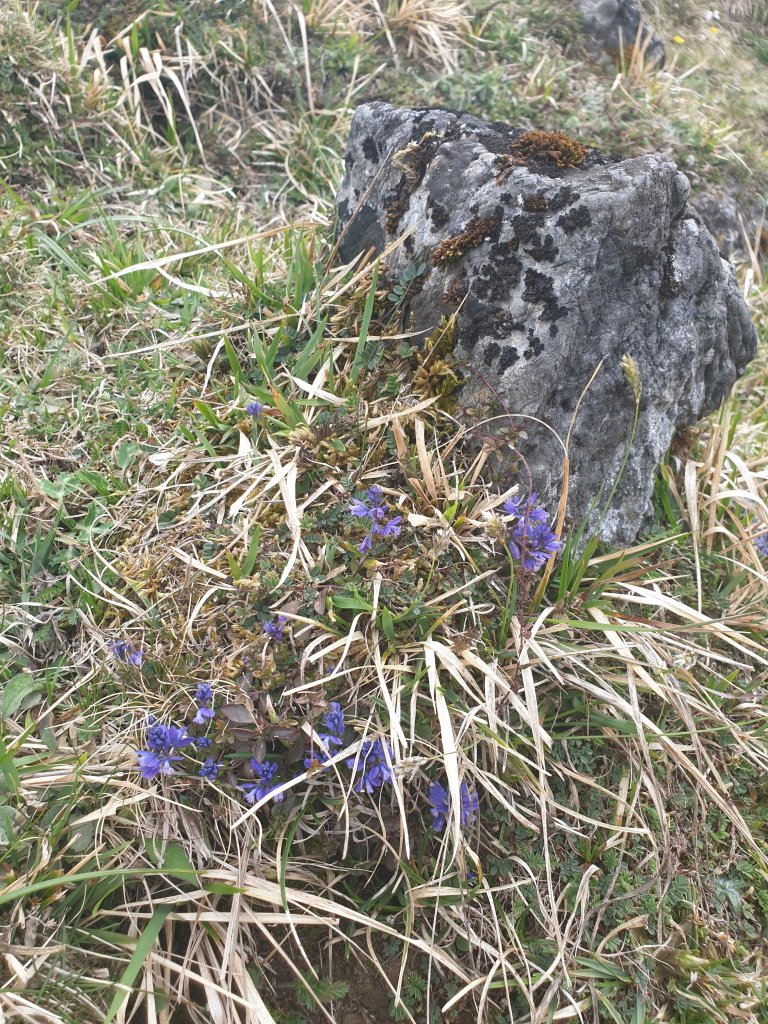 As we climbed higher, we started to get more views of the surrounding region. 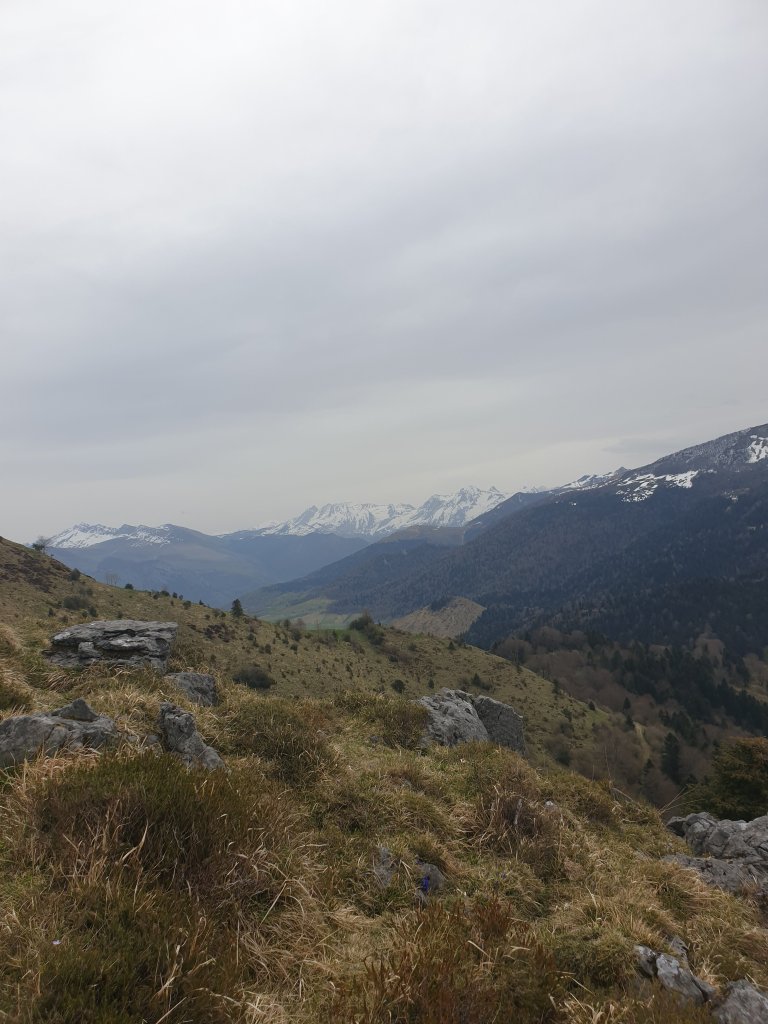 In no time at all, we were around the circular section of the walk, ready to make the final push up to the summit. 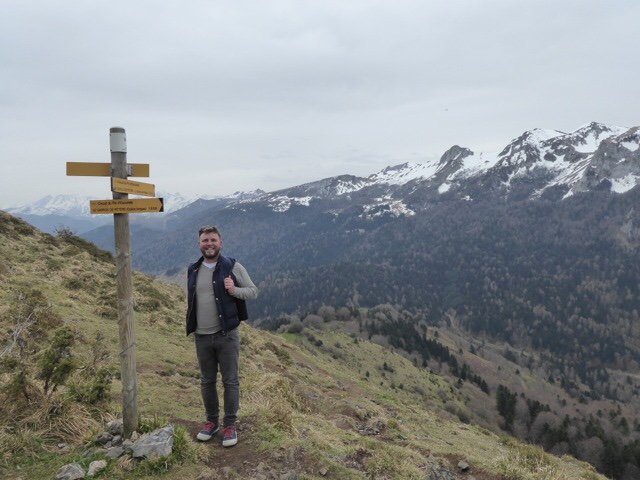 The last part of the hike was fairly straight forward. The disappointing thing was that as we reached the top, clouds started closing in, covering all of the amazing views surrounding us.

We reached the top, just after an hour. The suggested walking time for the route was three and a half hours. We were making good time.

We were soon racing back down the mountain, this time heading for the other half of the circular path.

We were back at the start in just over two hours. Clearly the beast from the other day had kick started our fitness levels.

We contacted Willow’s parents, who had attempted to head east, so we packed up and set off.

Our biggest problem was that the main road to the next region we wanted to reach was shut due to snow.

This meant that we had to detour around. Willow’s parents had pulled over to do a short walk, allowing us time to catch up. We found their van parked up alongside a lovely river. 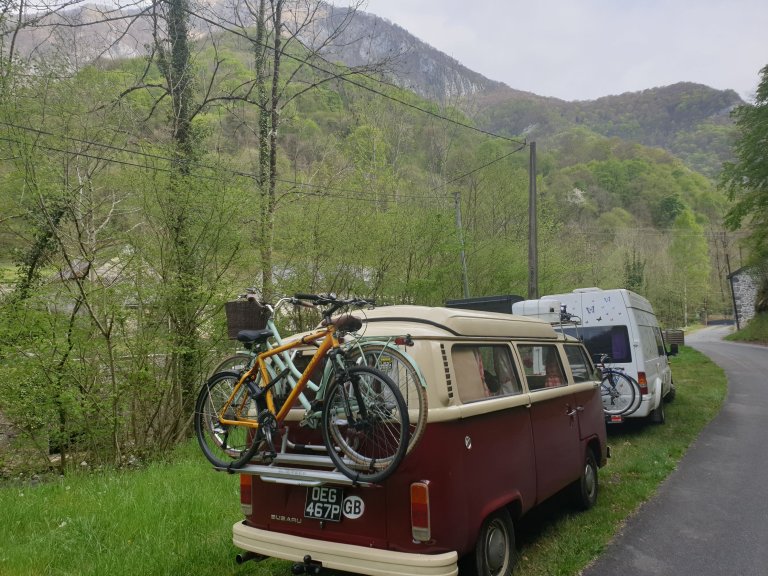 Once they had returned from their leisurely stroll we set of down what can only be described as one of the greatest roads I have ever driven up. Unfortunately, as I was driving, I have no photos. But it was truly marvelous.We eventually ended up at the other side of the road closure, high up in Col du Soulor.

Just road the corner we found a car park with excellent views of the valley below, so we pulled over and made base for the evening. 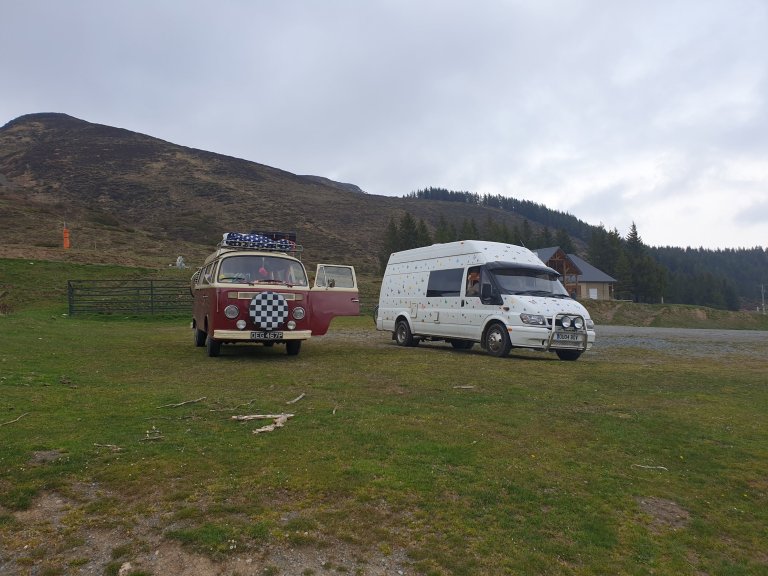 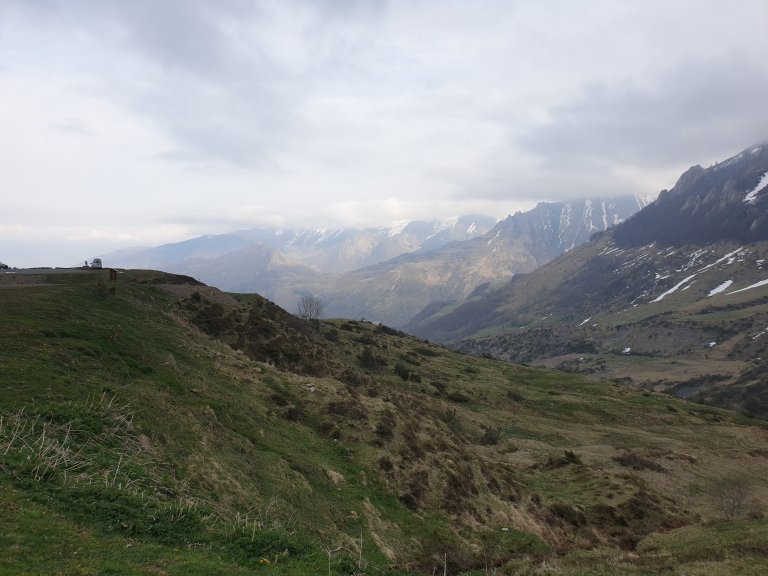 It was our turn to cook and we had chosen a favourite of ours… BBQ augergine slices stuffed with mozzarella, served with smokey aubergine mash potato. We chose this as we thought it would be a quick simple dish with Willow’s parent’s gas cooker. As luck would have it, their LPG gas ran out, so we were left to throw it together in Ruby, using two jobs and the Ramoska.We accomplished the dish and it was delicious (even if I am being slightly biased as I cooked it). Again, with all the food prep I forgot to take a picture. Imagine a dish you would see on MasterChef… Now picture the complete opposite. That is what it looked like! Tasted mighty fine though.We ended the night with copious amounts of cheese and wine. Now it was really starting to feel like a holiday in France.