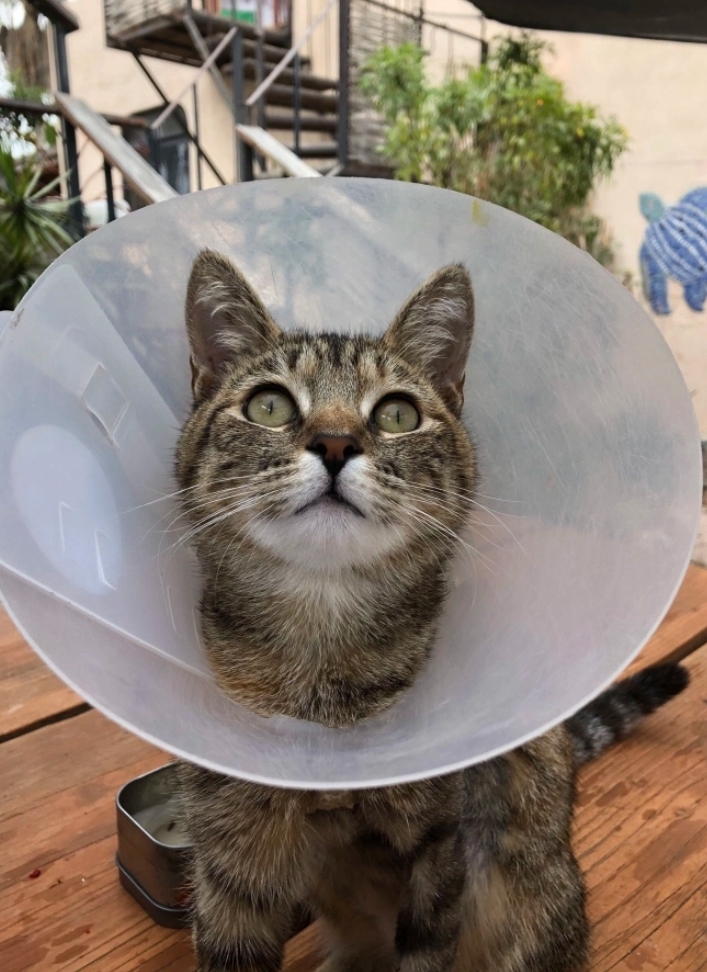 It’s safe to say, that recently, things hadn’t exactly been going to plan. Since the American/Mexican border closed, it seemed like everything that could go wrong, was. Due to the worst global pandemic in over 100 years, our travel plans had come to a sudden grinding halt. Our sliding door was still fucked after it fell out of its runner and snapped its bracket and then there was Aimee’s dog attack. It seemed that we just couldn’t catch a break.

So as it would turn out, our rented casita was probably just what we needed at that point, even if it wasn’t quite what we wanted. We had the security of a spot, where we would be undisturbed by the local law enforcement. We had a safe environment for Aimee’s to recovery safely. We even had a social communal area where we could hang with Hanno and Kerstin if we fancied it. Our friends the Thompson’s were also a few minutes down the road, so were able to visit us to play board games and drink Bloody Marys (Jen got quite good at making these by this point!)

The downtime would also give us a chance to get our laptops out to catch up on a few outstanding jobs. Our time with Karsten and Steffi had inspired us to make more of an effort with our YouTube channel. It’s safe to say, that with everything that had happened since leaving the States, it had become a bit neglected and was quite a few months behind our real timeline. There was also our book manuscript, which we had started writing during our stay at Rancho Pacifico Baja. There was also the small matter of this blog, which I was finding harder and harder to keep on top off, after bouncing around so frequently in the past couple of weeks.

Our apartment complex had two permanent residents who helped keep Aimee entertained during her recovery. Two atrociously named cats of Francesca (The owner), who went by the names Meowy and Stinky. I think we managed to last at least two days before we decided that they required more fitting names. So Willow and I renamed them Jo and Lzzy, after Joan Jett and Lzzy Hale.

Lzzy and Jo soon became more comfortable around us, so much so, that they spent most of their time sleeping Ruby’s front cab, much to the displeasure of Aimee, who occasionally tried to chase them away. Feebly running at them on three legs, dragging her cast along with her, much to the amusement of the other two.

It felt odd staring at Ruby and Bruno, both parked on the casita driveway unused. Since we had picked Ruby up in New York, we had spent almost every single day living in her, except for the few times we stayed with our friend Ian in Florida.

The days quickly blurred into a palette of monotonous colours, our daily routine of working on laptops becoming difficult to tell apart. Our only relief came in the form of trips to Todos Santos Brewery on a Monday, Wednesday and Friday; where we would fill our recently purchased growler with assortments of craft beer.

Soon, almost a week had passed and it was time to peel off Aimee’s bandage to inspect her leg. The last time we had seen her wound, her leg looked angry and inflamed from when she managed to pull her old cast off. It was so bad, that the emergency vet we took her to, was worried that her skin might have torn had it gotten much worse.

Fortunately, as the bandage was slowly peeled away, we were relieved to see that her leg had settled down and was beginning to heel pretty nicely. As there was still a week to go until her stitches required removing, we decided to leave the bandage off to let the wound breathe a little better. This meant that we would have to put a ‘cone of shame’ back on her, to stop her incessantly licking and biting at her stitches. Something she wasted no time in doing as soon as the bandage was off. But before we had a chance to attach it Aimee bolted and climbed the nearest tree she could find. A mixture of fear and happiness washed over us. Obviously worried that she was going to do serious damage to her healing leg, but also slightly happy that she must be healing well if she can climb a tree.

Needless to say, we weren’t prepared to risk her injuring her leg, so I grabbed her at the first opportunity and Aimee thanked me with a series of growls and whines. With the cone on, she seemed less interested in climbing the tree and sulked off back to our little room to mope about her restricted freedom.

So with a week gone at the casita, it hadn’t taken us long to formulate some form of a routine. We were once again sleeping in a proper bed. We had an endless supply of running tap water and hot showers, we could make daily trips to the local mini-market for groceries and we soon settled down to evenings playing board games or sat in our room watching Netflix.

Would this be what our travelling lifestyle would look like for the short term future?

In the night, I dreamt about casting off my clothes, whilst I ran towards the sea. The intense heat of the golden sand warming my feet as I bound towards the water.

Sadly, with the beach restrictions in place, freedom would only be a destination in my dreams. Four walls now surrounded us, and they seemed to be getting a little bit smaller every day!

The end of April crept up out of nowhere, which only meant one thing. The next day would the 1st of May… Willow’s birthday!

It hadn’t seemed that long ago that it was my birthday and we were leaving Rancho Pacifico in an attempt to hide away at the waterfall camp spot. Little had any of us known at the time, that my birthday would be the last time we wild camped anywhere for a while.

To continue our tradition of baking each other strange cakes on our birthday, I snuck out of the compound and popped to the local mini-market for some supplies, before heading to the Thompson’s to use their kitchen facility. I had opted for a chocolate and beetroot sponge, with a chocolate avocado icing. The sweetness of the beetroot meant I would need to use less sugar in the mixture, whilst the avocados provided the sweetness and the texture required to cover the cake. I always feel an element of doubt when selecting an untried recipe for Willow’s birthday cake, but thankfully, there was never been a catastrophe yet.

With the sponge baked, I decided that I would make the icing on the actual day, as avocados tend to go a funny colour very quickly once peeled.
I managed to sneak back in and hide the cake in Hanno and Kerstin’s balcony kitchenette. Willow had been so focused on making a hanging basket, that she hadn’t even realised my absence.

With a party arranged for the next night, we agreed to have a quiet night in our room, saving ourselves for birthday shenanigans the next day.

2 thoughts on “Life Behind Four Walls”