Having spent 60% of our Panamanian visa broken down in the rather boring town of David, we were keen to see some of the country before we left. We had a shipping container booked for the 7th of May which meant that we needed to be in the city a few days before. We had roughly three weeks to explore Panama.

Having driven the majority of the rather unpleasant road back towards Almirante and the ferry port for Bocas de Toro, we only an hour or so of driving left that morning. With the ferry leaving at 12pm, we headed off to complete the final section. Having crossed the mountains the previous day, we no longer had to deal with steeps hills, just the twisting road. It wasn’t long before we reached that fateful hill that had been the final straw for our engine, and this time we drove triumphantly past our roadside breakdown spot.

Arriving in Almirante, we pulled up to the port. It was pretty deserted. A local guy came out to tell us that the ferry doesn’t run on a Monday. Another guy asked if we needed help, but when we asked him about the ferry he just pointed us to the sign, which clearly states it runs every day, before wandering off. The other guy returned and told us we needed to get in the queue for the ferry, apparently now it existed. Thoroughly confused, we parked up in the ‘queue’ which consisted of two cars and waited.

Happily, at around 11.30am, a ferry did arrive and we were the first car on, so much for the queue. There was only a couple of people, which was probably to be expected after the Easter party weekend, and so we had no problems getting a space. An hour and a half later, we arrived.

It’s a pretty large island, but only features two roads and one town, much of it being uninhabited. We decided that we were long overdue some beach time and headed for Playa Bluff. The road is interesting, to say the least but firm enough despite being only a matter of metres from the shore.

There’s only a couple of spots to camp along this beautiful beach and we grabbed ourselves some prime beach front with some ideal hammock trees. Finally, I was starting to relax a little bit.

After spending a relaxing day on the beach, we were approached by a local who told us that it was turtle season and we couldn’t stay here past 6pm. We had heard about that before and Lee went and spoke to another camper, parked just down from us in another spot, about it. They said they’d been here all week without any problems or seeing any turtles. The police had given them permission. It was a bit of a difficult one, there are not a huge number of other spots to park and while I have no wish to upset the turtles or the locals we didn’t really feel that where we were staying would affect them. Just in case, we turned our lights onto red so as not too confuse any potential visitors to the shore that night.

I could have stayed a few more days, enjoying this beautiful coastline, but we decided that if we wanted to see the rest of the country then we would only spend 4 nights here. Anything less, and the $100 ferry wasn’t really worth it and anymore meant we would need to skip some other places further down the country. Our next stop, the following day, was the starfish beach. This involves taking the only other road to the western side of the island. It’s a pretty decent dirt road and we pootled along towards the tiny village of Boca del Drago at the end.

It’s possible to camp here, but for the $10 for just a car parking space, we declined. We decided to visit the starfish beach and head back to the other beach for the night. It wasn’t a particularly long drive and after a day in the shade our batteries could do with the charge. For now, we stuck it in the sun and headed for the beach. Starfish beach is only accessible by water taxi or a small footpath and so we followed the little sandy trail along the edge of the beach for about twenty minutes or so. It was like walking through a calendar photo.

Apparently the beach can be quite busy and also touristy, although as we were the only ones walking the little deserted path it didn’t really look like it. However, after round the point we emerged onto a lovely sandy beach, covered in vendors selling the usual tat, alongside bars selling cocktails and renting out sun loungers. I can definitely see how it could be very touristy, but despite the potential for a huge crowd there wasn’t too many people there and it was pretty tolerable.

Already, the starfish were clear to see on the ocean floor through the crystal clear waters. Walking down the beach we saw loads of different colours and sizes. The waters were shallow for a few metres, before steeping dropping away into a blue nothing. Pipefish swam along the shore too, clearly visible through the relatively still water of this sheltered bay.

After a pleasant few hours, we headed back to Ruby and then began the drive back to our previous camp spot. Perhaps it was the pace of island life, or perhaps it was being able to drive the camper without it being a complete disaster. Either way, every day here we started to enjoy ourselves a little bit more. It was a shame that the next day would be the last one.

Despite the fact that the island is quite large, we had now driven all of its roads. For our final day, we decided to visit the nearby island of Bastimentos. We drove to the main town to pick up a water taxi and debated what to do with our van for sometime. We really needed the solar, but it was too hot to park in the sun and leave the cats. There was no secure parking here, just street parking. All things considered, we decided park by the town square in the shade and hope for the best.

It costs $10 each way to get to the island which is only about a ten minute boat trip. Locals wait for the tourist to get on the boat and pay, before hopping on themselves for about 50 cents. As ever, it was a blisteringly hot day and we savoured the cool wind of the speedboat ride until it dropped us off at the main pier.

We were now out of main tourist season and it seemed that the island itself was somewhat shut down. The majority of restaurants and bars were closed, either due to the time of year or the pandemic. We wandered around for some time trying to find some nice looking food. Apparently there was an amazing vegan restaurant, but it was reservation only. We sent them a message and when they didn’t reply, we decided to walk up and see if anyone was around. It’s at the highest point of the island, which may not be particularly high, but in the midday sun was plenty high enough. When we arrived, the building was deserted.

We had come this far, so we decided to walk on to the other side of the island to Wizard Beach. As we hadn’t really planned anything properly, we had no water and hadn’t eaten anything all day. The well signposted path, wound through the jungle and out into an open field of cattle. Then the signs stopped.

The GPS and the remaining trail went in opposite directions and we ended up cutting through a boggy river which tried to claim our flip flips as we negotiated fallen trees and even muddier patches. Fortunately, it wasn’t too long until the trees thinned and we walked out onto a picturesque Caribbean beach. We didn’t quite have it to ourselves, there being other much easier route that these other people had clearly taken, but there were only a few of us, spread out down a huge expanse of white sand.

After a very sweaty walk, we dived into the sea. An incredibly strong current made it hard to even stand in the shallows as it dragged us along the shore. It was clearly why some people said this was not a swimming beach, despite its appearances. As we had no water, food or sunscreen, we didn’t stay too long before waling down to find the proper bath back. A local was selling coconuts at the entrance to the trail, a welcome refreshment.

A short walk later, we arrived back in the town. We headed to the only open restaurant for a cold drink and to see if the other restaurant would reply to us. In the meantime a local came and sold us some Caribbean sweets and a big block of cheese. We watched the local boats coming and going and the slow steady progress of the new jetty being built. It seemed like it was time to head back and check on the cats.

We grabbed a water taxi and soon arrived back on the main island. As we alighted from the boat,  the restaurant replied, confirming we could eat there tonight. Typical. Never mind, we went and was relieved to find the van was safe and our hot cats melting all over the front cab. We decided to stay at another free beach just outside of the town, as this would give us easier access to the ferry the next morning. While it may not have been as beautiful as Playa Bluff, we had no problems. Friendly locals wanted to take pictures as we parked up on a huge grassy expanse by the shore.

We met a Greek guy who had bought some land for $20k and was building an eco house.

“So you’ve got your residency here then?” We asked. “Or you do border runs for your visa?”

He shrugged. “If you keep quiet no one cares. I’ve lived here for three years without any of that.”

Island life really is a different world, and quite an appealing one too. 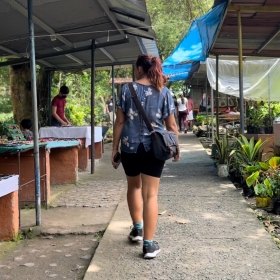 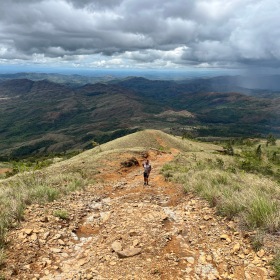 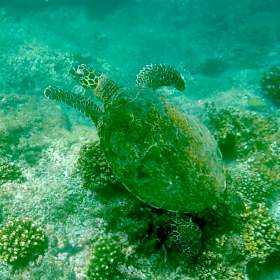 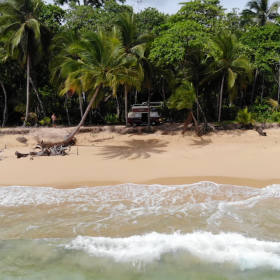 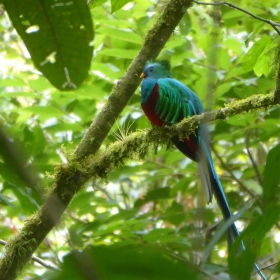 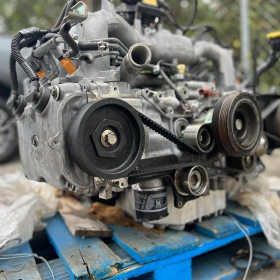 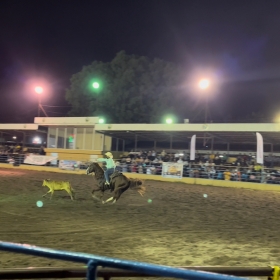 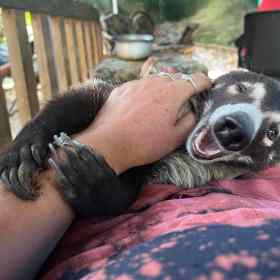